Speaking from his home in San Diego, Meb Keflezighi (pronounced kef-lez-ghee) has a smile in his voice. Among the most accomplished American distance runners ever, the four-time Olympian figures he's run some 120,000 miles since high school.

After 27 years of running, his accolades are numerous. Four NCAA championships at UCLA. Silver in the 2004 Olympic Marathon. First in the New York City Marathon in 2009, first at Boston in 2014, completing 26 marathons in all. 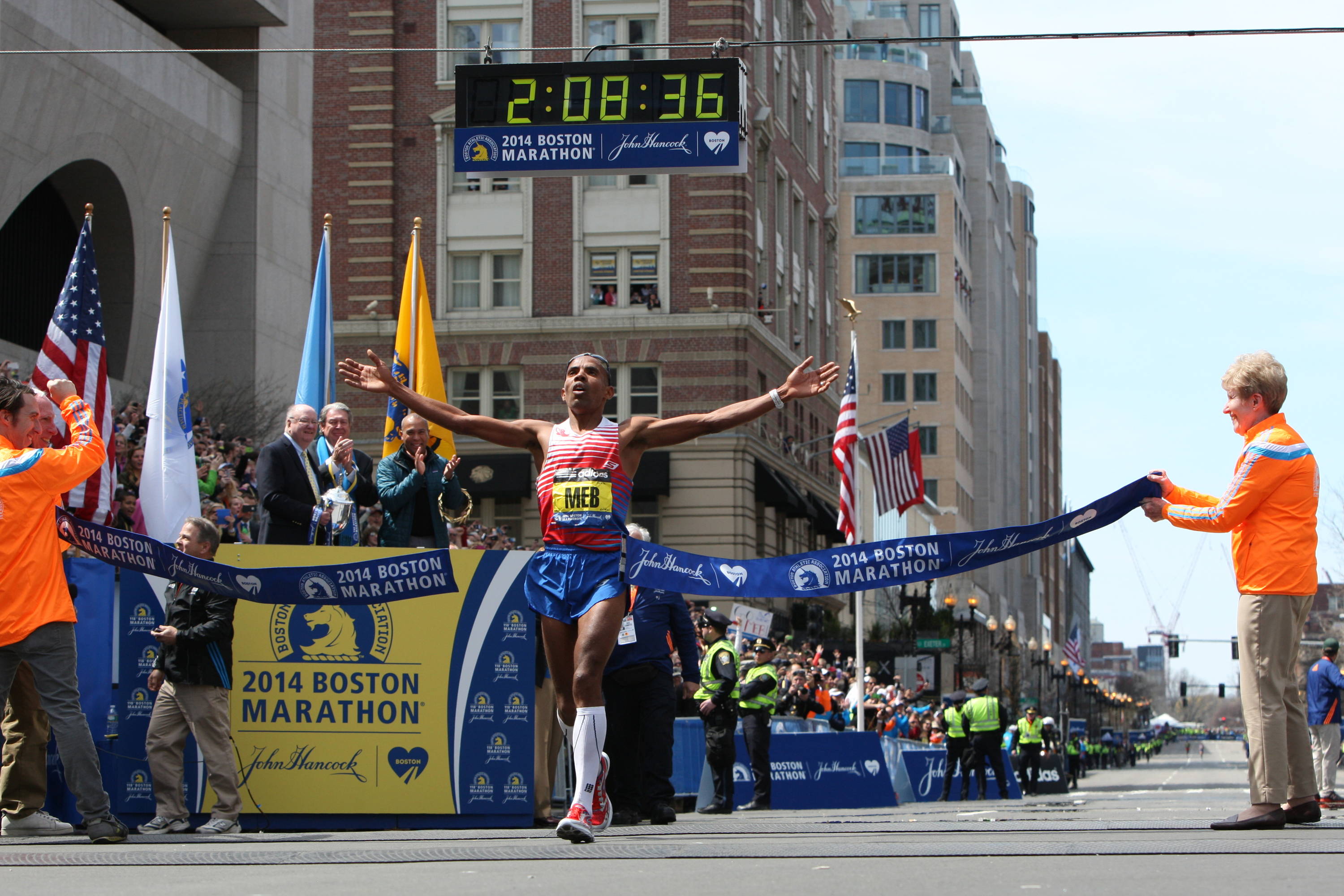 His family immigrated to the U.S. from Eritrea, East Africa when he was 12. He started running in seventh grade to get an A in PE. His teacher said, “Hey, you’re going to the Olympics.” Meb didn’t know what ‘Olympics’ meant.

Instead of huge long-term goals, Meb focuses on closer ones. It’s stepping stones. I do have long-term goals. But make sure they’re attainable goals. Even when I run a marathon, I don’t look at it as 26.2 miles, but I got to go mile two-three-four-five. I run the first 5K, the first 10K, to get to the 20K. You can’t be thinking 20K before running mile six-seven-eight.

How about the pressure?

There’s been a lot of pressure for me. In Eritrea, I remember vividly, I wasn’t old enough, but my older brothers had to hide when the soldiers came and surrounded the village at night. You hear the screaming, ‘They’re coming, they’re coming!’ and my brothers running to the bushes, because they knock on your door and if you’re old enough to hold a gun, they take you to war.

Just 8 years old, he watched a kid get blown up by a roadside mine. Those things are still in mind, and you don’t take things for granted. You seize every chance you get to excel.

He talks about the pressure to win New York, to medal for his country (he has been an American citizen since 1998), and to win at Boston the year after the bombing. You try to play it cool as much as you can. Sometimes Mother Nature has her say. You get injured, like I did in 2008 in NYC. I ended up getting eighth place. But it’s not the end of the world, and you have to surround yourself with people who believe in you. You gain confidence when you’re training, and if you do the proper training, you should hit pretty good results. You may not hit it out of the ballpark, but do the best you can and seize the moment in the race.

Meb tried his first pair of CEP socks around 2010. I use any advantage I can get to help me with blood flow and circulation. Once I put them on, I fell in love with them.

As one of the world’s best runners, Meb Keflezighi needs to be confident he can perform at the highest level every time. He trusts CEP Compression to help him cross the finish line strong.